‘Waiting for the Barbarians’ Competing in ‘Venice Film Festival’ 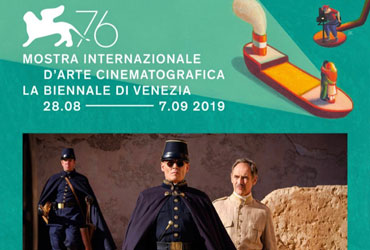 A robust roster of awards contenders, including Brad Pitt space odyssey “Ad Astra” and Steven Soderbergh’s star-studded financial scandal comedy “The Laundromat,” will launch from the Venice Film Festival, which features a bit less high-wattage Hollywood fare this year but no shortage of hotly anticipated world premieres and stars.

The four U.S. pics in the Lido’s 21-title competition are all high-profile entries, starting with Fox’s “Ad Astra,” directed by James Gray, which features Pitt as an astronaut on a mission to save the solar system from imminent destruction. Netflix continues its strong track record on the Lido (where “Roma” debuted last year) with Noah Baumbach’s intimate divorce drama, “Marriage Story,” with Adam Driver and Scarlett Johansson as a couple in conflict, and “The Laundromat,” which stars Meryl Streep, Gary Oldman and Antonio Banderas in a tale based on the Panama Papers exposé. Warner Bros. is launching “Joker,” directed by Todd Philips and starring Joaquin Phoenix and Robert De Niro in what is expected to be a deliciously dark and gritty R-rated comic-book movie.